The lubricants commonly used and purchased are composed of two (2) main components, the Base Oil and the Additives.  The Base Oil would comprise 80-99% of the lubricant content in a drum, thus the careful selection of the right or appropriate Base Oil is important.

In general, Base Oils are extracted from crude oil via the process of distillation, wherein other petroleum products are also produced. 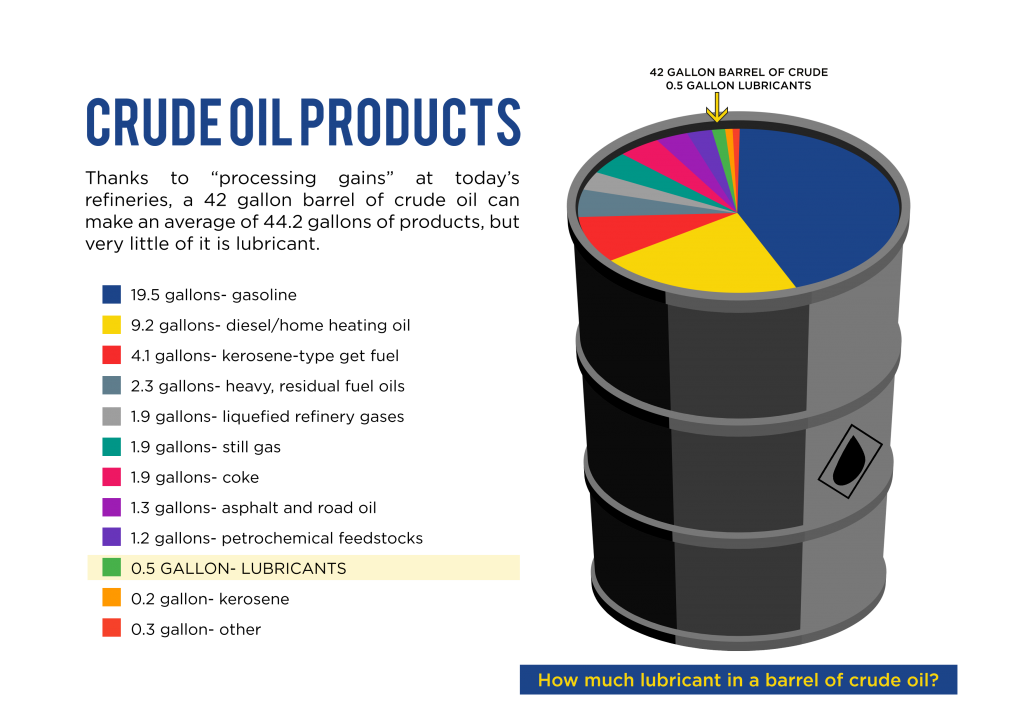 *convert units to liters instead

The Base Oils from distillation, also referred to as mineral-based oils or mineral-oils, need to be refined further due to the presence of volatile impurities, sulfur, and waxy, semi-solid particulates that affect lubrication performance.  The refining process removes such elements and allows the production of the mineral-oils with the appropriate viscosity indices and lower levels of ‘contaminants’.

Depending on the specific refining process employed, Base Oils are classified into Group I, II or III, wherein Group I is the least refined, and Group III is highly refined, exhibiting a viscosity index of 120 or higher.

In severe applications such as Engine Oils, where operating temperatures are high, Group II or III Base Oils are more applicable, but for moderate applications, such as with Hydraulic Systems and Gear Boxes, Group I mineral-oils are normally sufficient.

Oxidation and Oxidation Resistance and Stability