Solid contamination levels in oils should be kept at a minimum as its presence is a big contributor to component wear, ultimately causing premature failures.  Unfortunately, the cleanliness levels of lubricating oils, as delivered by various manufacturers and suppliers, are not typically declared, nor are end-users aware of its importance.

In the 1960’s, the National Aerospace Standards (NAS) instituted a system of classifying lubricants according to contamination levels, as aerospace applications demanded very clean oils for the hydraulic systems of aircraft.  NAS 1638 represents the counts of particles in five size groups, and classifies the oils, wherein lower numbers (example 00, 0) denote a ‘clean’ lubricant, and higher numbers (such as 12) indicate a high level of solids. 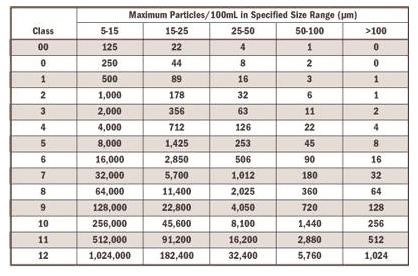 In recent years, the standard based on ISO 4406 has gained more acceptance, taking into consideration three (3) particle sizes, and its concentration in a given volume — >4 microns per 1 mL, >6 microns per 1 mL, and >14 microns per 1 mL.   Each lubricant tested or graded is assigned three (3) digits, with each digit representing, the ‘level’ of contamination.   To illustrate, an oil may be rated as ISO 4406 – 20/18/15. 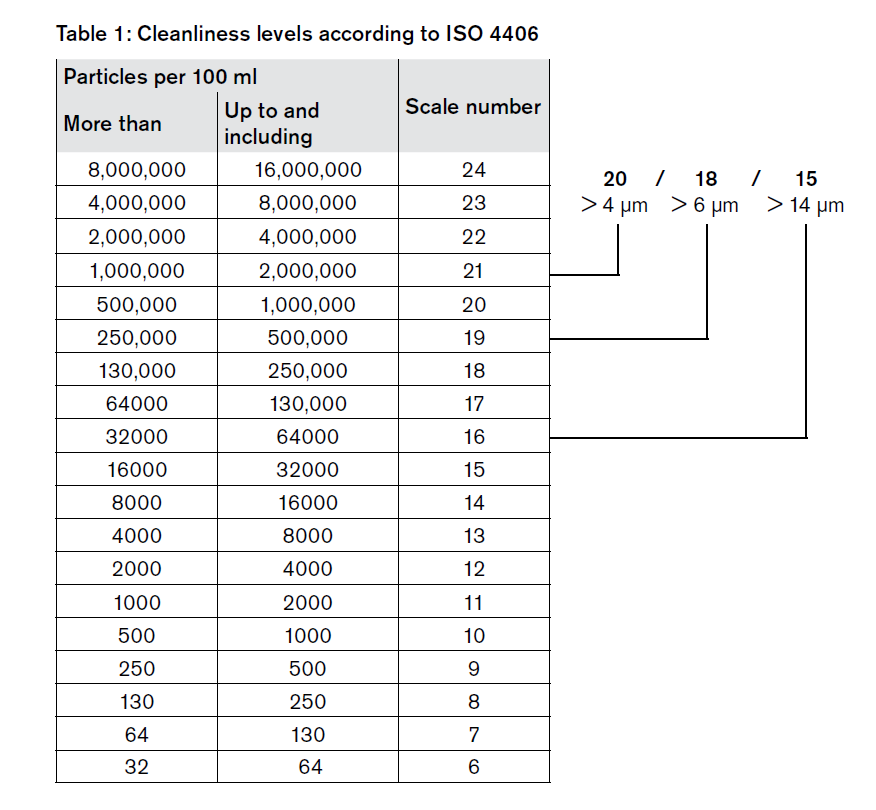 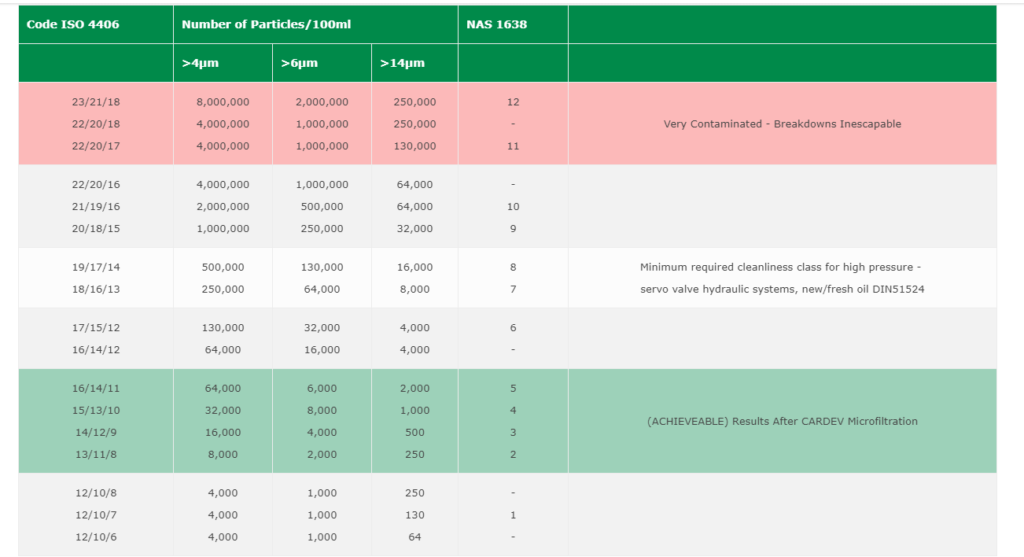 With newer machines, tighter tolerances, and higher pressures, it is best that the maintenance practitioner demand for the oil cleanliness data from the oil vendor and cross-reference it against the OEM recommendation.  In the absence of such data, it may be appropriate to pre-filter lubricating oils before filling into machines.