Basic Lubrication   »  Base Oils: Group I vs Group II

Group I base oils are crude or petroleum fractions that are solvent-refined.  It undergoes physical and/or mechanical processes by which impurities such as waxes, sulfur, and aromatics are removed.  Group II base oils on the other hand, while still extracted from crude, undergoes a hydrogen finishing process to remove impurities further.   In this process, hydrogen reacts chemically with the crude fraction to improve on the properties of the Group I base oils. 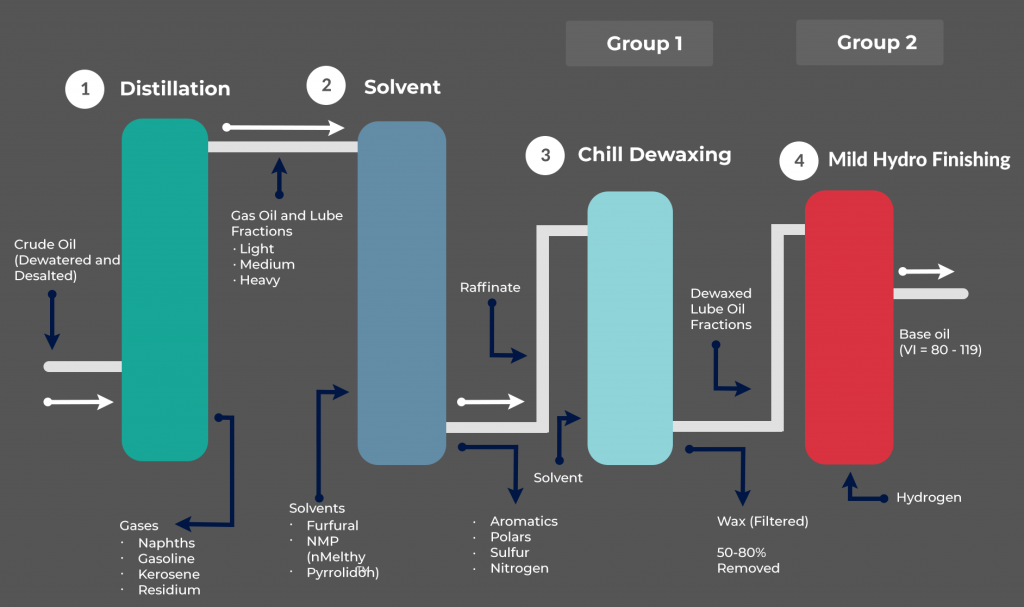 For most industrial applications, such as with hydraulic systems and gearboxes, Group I mineral-based oils have found widespread use due to its availability and affordability.  In most cases, the properties of Group I base oils, though somewhat inferior as against Group II and higher lubricant bases, are sufficient for the ‘regular applications’.

Oxidation and Oxidation Resistance and Stability