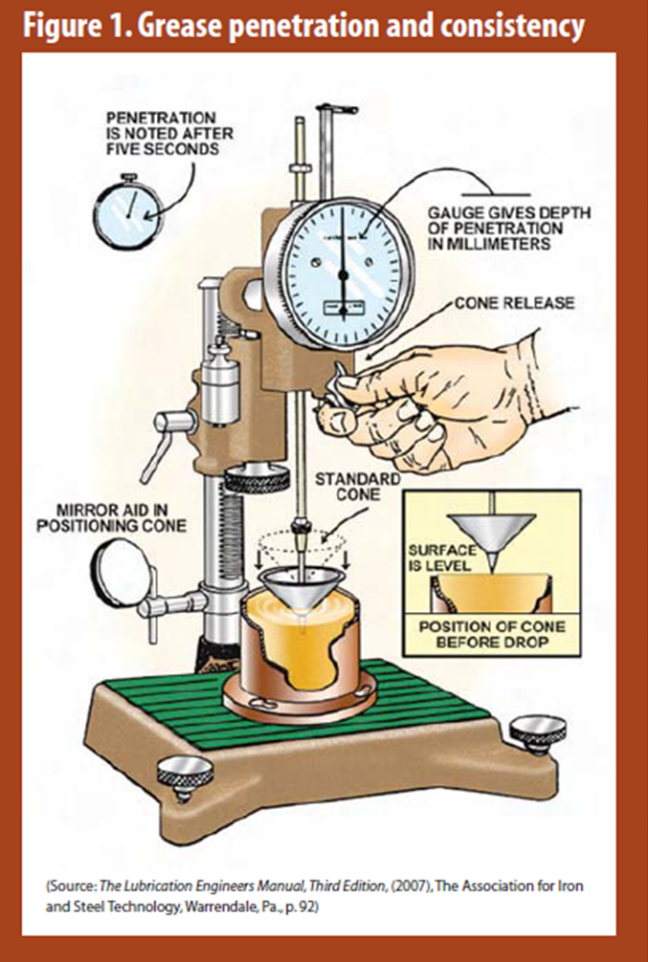 To simplify grease selection, the National Lubricating Grease Institute (NLGI), classified stiffness according the cone depth penetration levels, as illustrated on the table below. 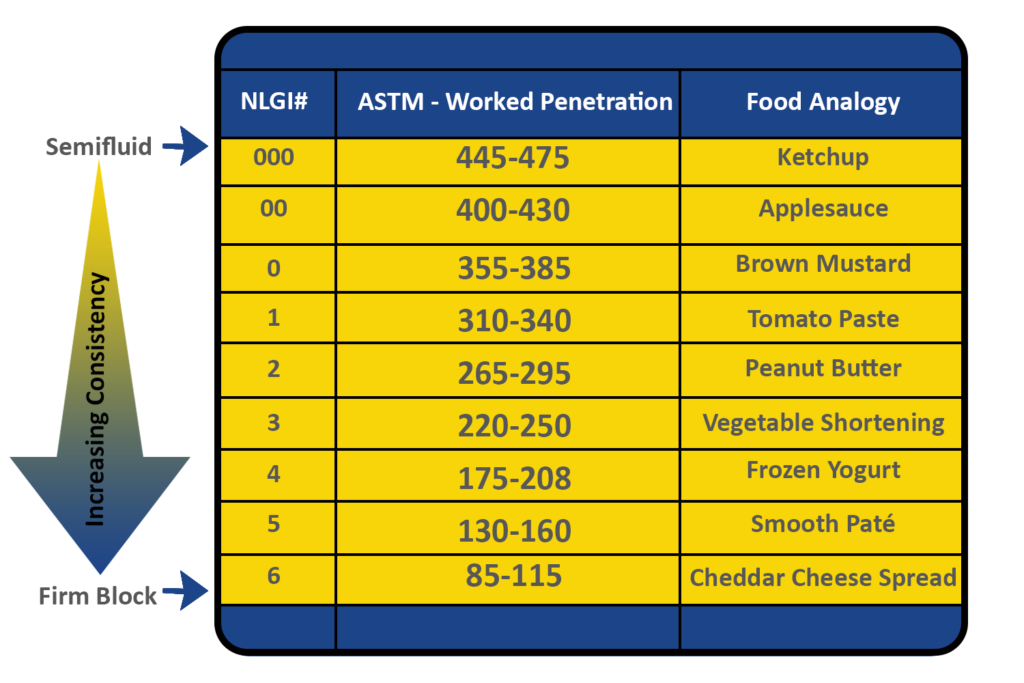 Stiffer greases, NLGI 3 or higher, are recommended for applications where adhesiveness is paramount, such as with bearings under very high vibrations and shock loads, or open bearings exposed to the environment.

Softer semi-flowing greases such as NLGI 000, and 00, are used for open gear systems wherein greases are sprayed, or used as a bath.

NLGI 0 and 1 greases are appropriate for automatic lubricating systems, while NLGI 2 is the standard consistency most consistently used.