Maximizing the benefits of using water-soluble cutting fluids, also known as coolants, begins with the right choice, appropriate for the job required.  In selecting the right fluid, one must consider that there are three (3) types of chemistries or technologies available in the market.

The oldest technology available, combines a good amount of mineral oil, at times reinforced with esters for boundary lubricity, in the concentrate.  Additives to provide rust and corrosion protection, extreme pressure performance, foam control, and biocides may be included to enhance performance. 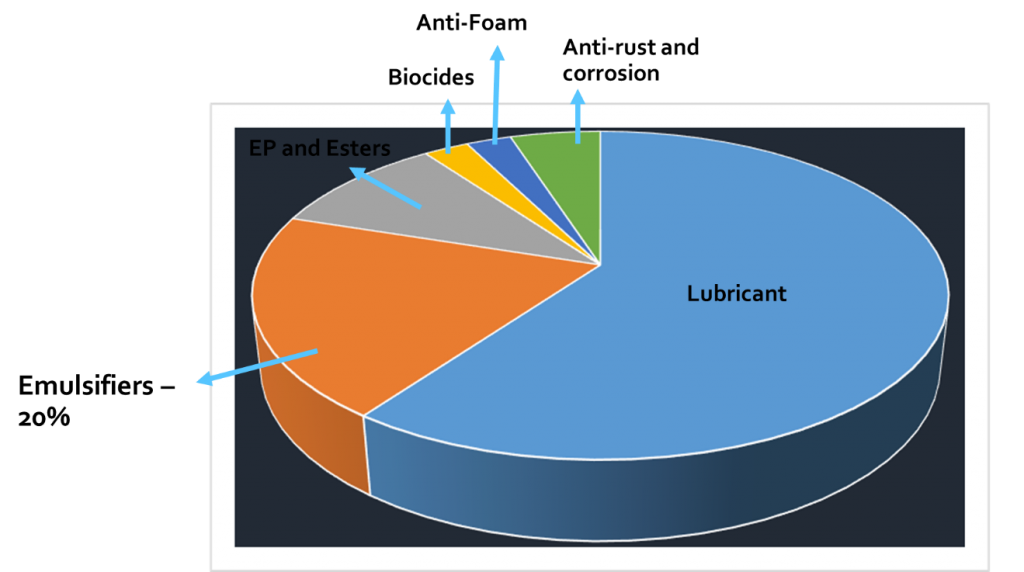 While mineral oils do not mix with water at all, emulsions use emulsifiers allowing the oil component of the concentrate to be dispersed homogenously into the oil-water mixture.  This results in a solid milky-white appearance of the ready for use fluids. 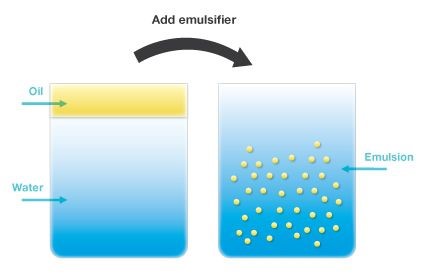 Emulsions, normally used at concentrations between 5-10%, are recommended for machining jobs where operations are moderate-to-severe (drilling, boring, tapping), and for metals that are less machinable, such as stainless steels.  Due to the high oil content, emulsions are excellent in providing rust and corrosion protection on metals, while tool life is mostly maximized. Most emulsions are generally affordable, and thus it is extensively used in the market.

On the other hand, most emulsions suffer from several disadvantages,

For high-speed operations, running at significantly higher temperatures, such as with grinding, synthetic chemistries are utilized.   The synthetic coolant concentrate is the polar opposite of emulsions in that it does not contain any mineral oils and esters.  The main component of the concentrate is water, and thus providing excellent cooling.

Additives to strengthen rust and corrosion protection, and polymers (for some lubricity), is of course required.  Biocides and foam control agents may also be added into the mix for higher performance.  Since there is no oil, emulsifiers are not required. 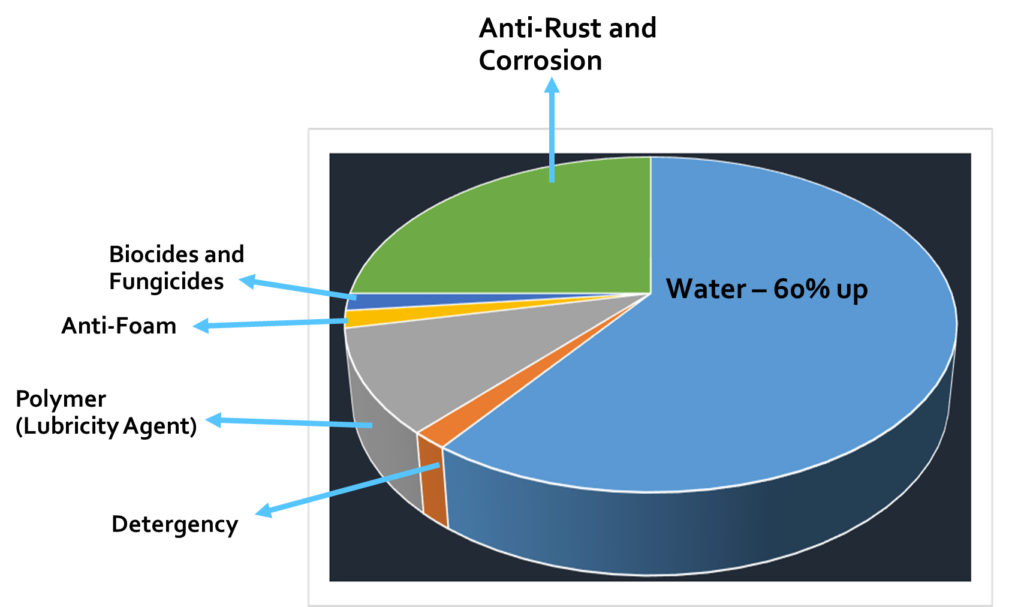 Other than an outstanding cooling ability, synthetics are highly stable (no oil separation), less prone to bacterial attacks, and is a very good flushing agent, most especially important in grinding processes wherein the metal removed is fine and small, and mixed with some grinding dust.

It is apparent though, that synthetic materials may not be the best technology for machining operations, and that its rust and corrosion protection is limited.

3-5% is a typical recommended concentration for synthetics, and the mixture with water is either transparent, or transparent with either a bluish and green-ish tint.

Straddling between emulsions and synthetics are semi-synthetics, whose concentrate contain BOTH an oil-phase, and a water-phase.  Due to the oil, emulsifiers are needed.

The combination oil and water in the concentrate, allows for a mixture (with water) that is not as ‘sticky’ and ‘heavy’ as emulsions, though not as ‘light’ as synthetics.  Compared to emulsions, where lubrication for tougher jobs and metals are at an optimum, semi-synthetics cannot compete.  However, it out-performs emulsions in the following aspects,

Semi-synthetics are gaining ground in the market nowadays, and is also a good choice for smaller machine shops that prefer to use one coolant only for both machining and grinding jobs.

Three to 10% concentrations are used for semi-synthetics, and exhibit a pale-white, translucent appearance when mixed with water.