It is very common for many machine-tool operators to simply place a coolant CONCENTRATE directly to the machine sump, to increase concentration.  On the corollary, some would place water to the tank if the aim is to reduce concentration.

Both methods are incorrect, increasing the likelihood of coolant-related problems, such as,

For manual mixing, there is only one correct way of mixing a coolant concentrate and water.   Water should be placed in a container first, such as in a drum or pail, then subsequently, the concentrate should be added on top.  Some gentle, low-speed manual mixing is recommended, before topping up the emulsified liquid, or solution into the tank.

This method allows for the homogenous, consistent mix of concentrate (with oils) and water, and thus avoiding all the problems enumerated above. 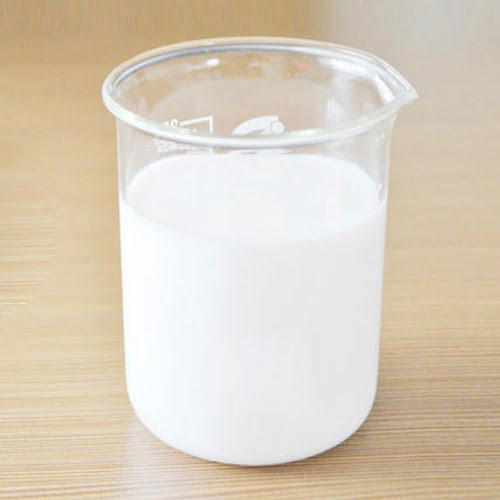 Preparing concentrate in a container, then adding water on top, creates what is called a reverse-emulsion, a ‘stickier’ and higher viscosity version of an emulsion.  A reverse-emulsion is sticky, and is not able to absorb heat as well as a properly mixed fluid.

For instances wherein the concentration in the sump is high, and more water is needed to reduce concentration, one must create a weak mixture (say 1-2% only) to top-up.   The 1-2% extra concentrate contains some additives such as biocides and emulsifiers that ensure a boost in bio-stability and mixture stability.  Adding water alone, which would contain no emulsifiers, will certainly create an un-homogenized mixture, and thus this is to be avoided.

For low-concentration situations, adding pure concentrate to the sump causes problems again, since the concentrate and the benefits that its additive provide, will not be ‘mixed’ in properly into the fluid in the sump.  Instead, create a stronger mixture (example > 10%) according the right method, then top-up.